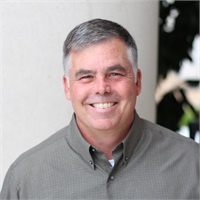 Having written two books over his twenty-plus-year financial career, CERTIFIED FINANCIAL PLANNER™ practitioner Walter Woodrick has great skill in making complicated financial issues understandable. He stays in regular contact with his clients, who range from plumbers, teachers, and mangers to multi-millionaire dollar pension plans, and he lives his life appreciative of the long-term friendships and relationships he has developed while helping a variety of people and companies navigate the world of investments, insurance, and financial planning. Walter has client relationships in numerous states across the country and frequently travels between Panama City, FL (where he lived from 1997-2015) and Nashville.

A graduate of Jackson Academy in Jackson, Mississippi, Walter received an academic scholarship to attend Vanderbilt University in Nashville, Tennessee, and graduated with a BS in economics in 1992. He received his CFP® designation in 2001 from the College of Financial Planning.

Walter has been married to Wendy Chester Woodrick since 1996 and they have three children: Whitney, Ashley, and Mason. From 2013-2015, the family aired a TV show called Cast and Call Outdoors. Because Walter can conduct business from any location with a phone and Internet connection, they homeschooled the children and traveled the country in an RV in 2015, decided to live the farm life closer to a wider choice of colleges for the kids, and chose to move back to Nashville where Walter and Wendy met in 1994. The family lives, works, and learns in Brentwood, TN Monday through Friday. Together, they have a large farm in Dickson County and enjoy weekends and breaks on the farm harvesting hay on the John Deere tractor, riding four-wheelers, hiking, hunting, and working.

Greatly impacted by the coaches of his youth, and having coached all of his children in youth activities, Walter continues to invest in young leaders of tomorrow by coaching volleyball, football, and other sports. He also teaches Sunday school and plays guitar at his church.

Let Walter be your Serious Money advisor, and gain confidence that your financial security is in the hands of someone who cares for you and wants you to live comfortably in your retirement years. Walter’s reliability, honesty and competence are why his clients have remained with him throughout the most tumultuous financial decades of our lifetime.